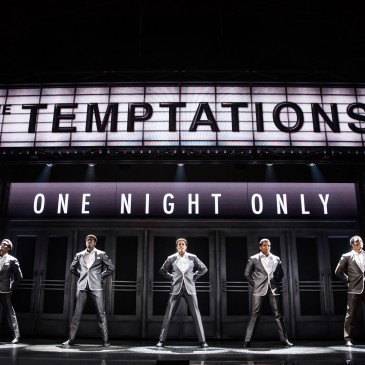 Look out, baby, cause here they come. Ain’t Too Proud—The Life and Times of The Temptations opened in Los Angeles at Center Theatre Group’s Ahmanson Theatre last night, just hours after it was announced the show will transfer to Broadway in spring 2019. With a score comprised of the iconic music catalogue of The Temptations and a book … END_OF_DOCUMENT_TOKEN_TO_BE_REPLACED 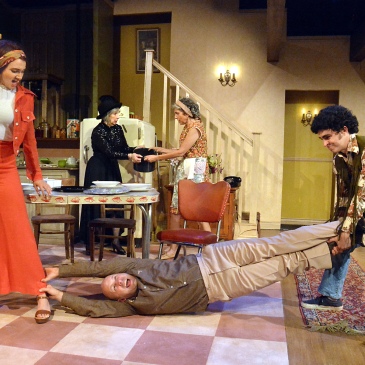 Holidays tend to bring out the drama in families, sometimes even to the point where one person ends up beating another with a thawed chicken. In Jews, Christians, and Screwing Stalin, a world premiere comedy by Mark Lonow and Jo Anne Astrow currently playing at the Matrix Theatre in Hollywood, it’s the eve of Rosh … END_OF_DOCUMENT_TOKEN_TO_BE_REPLACED You cannot walk five feet in the Pantages Theatre without encountering a bunch of mini pies for sale, perfectly setting the scene for Waitress, the hit Broadway musical that opened in Los Angeles for the first time last night. Notable for being the first Broadway musical with an all-female primary creative team—director Diane Paulus, composer and … END_OF_DOCUMENT_TOKEN_TO_BE_REPLACED