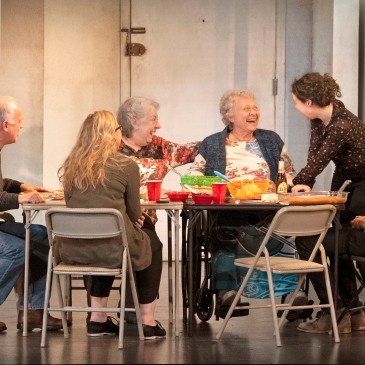 Despite an impressive pedigree, there is little that’s flashy about The Humans, the 2016 Tony Award winner for Best Play that opened this week at Center Theatre Group’s Ahmanson Theatre. Written by Stephen Karam with the entire original Broadway cast reprising their roles, the one-act play unfolds over the course of Thanksgiving dinner with a … END_OF_DOCUMENT_TOKEN_TO_BE_REPLACED