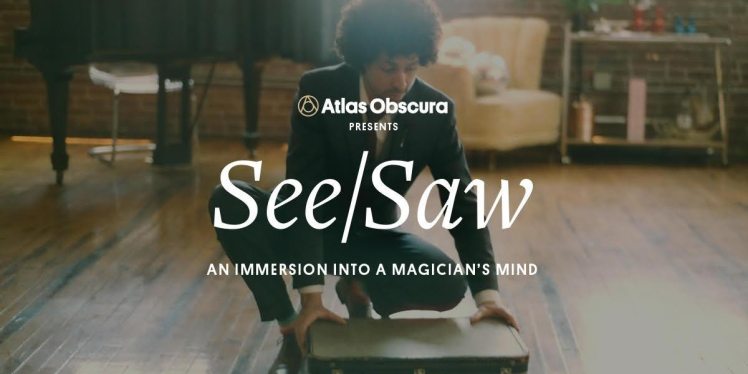 Siegfried Tieber, an acclaimed magician who regularly performs at Hollywood’s Magic Castle and recently flummoxed the best of the best on TV on Penn & Teller: Fool Us, begins his show by rolling up his sleeves. On its own, this may not seem too impressive, but Tieber’s specialty is close-up card magic, which is all the more mystifying when he cannot ostensibly have anything up his literal sleeve. 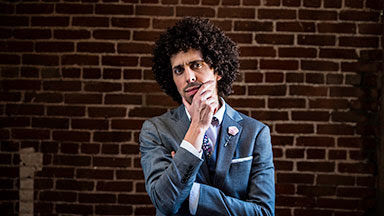 Tieber is the mastermind behind See/Saw: An Immersion into a Magician’s Mind, an immersive show produced by Atlas Obscura and currently running in downtown Los Angeles. The unique experience begins well before the show—with a secret entrance in a nondescript parking lot next to a speakeasy, the first trick, which I will not spoil, actually involves the hostess who checks you in, guiding you up a candlelit staircase to the relatively small room where the show takes place. With a classy feel (semi-formal attire is encouraged), exposed brick walls, and a bar, it is clear the producers are trying to create a mini Magic Castle experience (which, if you have not been and are able to score an invitation, is one of the most fun evenings to be had in Los Angeles). Tieber himself roams the room, warmly greeting the audience and learning everyone’s names as they order drinks and explore the space. Only 24 tickets are sold for each intimate performance, so once you take your seat, you are no more than one row of chairs away from the close-up magic. Be prepared to participate—Tieber made sure to include every member of the audience throughout the show. 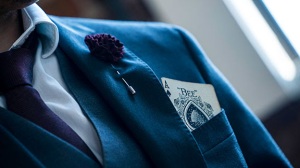 As a performer, Tieber is charming, eccentric, and magnetic—with a thick Ecuadorian accent and copious self-awareness, he is very up front that he is, indeed, going to “cheat” as he performs his card tricks, many of which involve locating specific cards in a deck. He explains that his form of magic is a combination of sleight of hand and applied psychology, and as the show’s title implies, you are left questioning what you believe you have perceived with your own eyes.

From a performance aspect, everything about See/Saw is relatively straightforward. There are no special effects, no music, no elaborate staging, just a magician at a table with playing cards. While Tieber does encourage the audience to ask questions and participate and occasionally offers bits of wisdom about magic as an art form, the majority of time is devoted to the card magic he does so well.

Early on, Tieber asks the small audience how many are skeptics, sure that magic tricks have one hundred percent logical explanations, and how many are believers, open to the idea that some form of parapsychic phenomena may be involved. When I attended, the crowd was split about 50/50—but even if you walk in a skeptic, I cannot imagine how anyone could walk away not enchanted by Tieber and the jaw-dropping feats he performs. While there may be nothing flashy about finding a card in a deck (although it becomes a little flashy when it’s a card that has been bent and signed in Sharpie by the entire audience), Tieber is such a master at both sleight of hand, which I only say because he regularly mentioned it and not because I ever caught him doing it in a recognizable way, and performance that you will be processing what you just saw for hours, days, and weeks afterwards. In addition to being a unique, different theatrical experience, See/Saw is also carefully constructed to be a memorable night out. Get tickets while you still can and keep an eye out for other appearances from Tieber, who is sure to go far in his career as a magician.

See/Saw just extended through October 29th. The show takes place at Civic Center Studios in downtown Los Angeles, with a running time of approximately two hours, including a pre-show reception and one intermission. Please note that the time on your ticket is the time the doors will open. Tickets are $74 and can be purchased here.